Iron Maiden singer at the controls of FLARIS

The lead vocalist of the heavy metal band Iron Maiden – Bruce Dickinson announced his intention to purchase several FLARIS LAR 1 planes. The musician and the manufacturers of the jet are also planning to cooperate in selling Flaris aircraft in Great Britain.

The musician visited the FLARIS stand on June 16th. Metal-Master (the plane manufacturer) and the lead singer of Iron Maiden are planning to cooperate in selling Flaris aircraft in Great Britain. It should be underlined that since mid-2012 Bruce Dickinson has been co-founder and co-owner of Cardiff Aviation maintenance company for passenger airplanes and he is also an experienced pilot with over 10000 of hours logged. The lead singer of Iron Maiden announced during an interview for TVN 24 that apart from cooperation with Metal Master he is also interested in buying several Flaris airplanes.

– Just like two years ago, Flaris attracts huge interest. Our stand is visited by many representatives of the media, business, politics and the aviation industry. One of the guests who was delighted by our plane was the pilot and lead singer of Iron Maiden, Bruce Dickinson – says Sylwia Ładzińska, the manufacturer of the jet. 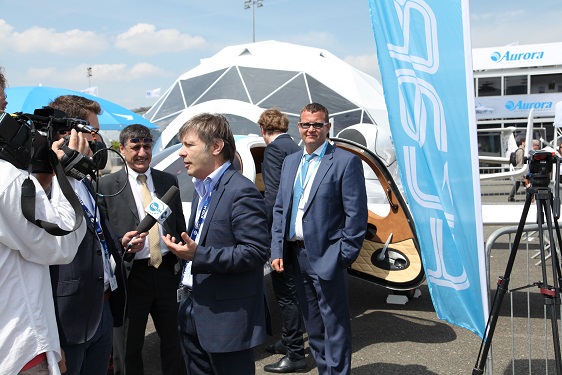 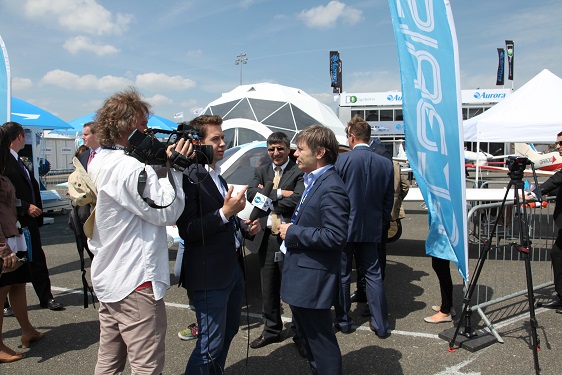